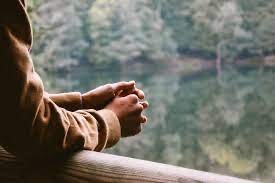 Whether we’ve been hurt in the past or the wound is still fresh, our resentments around our pain can impact all of our relationships. Learn how to let resentments go and take your power back.

What are resentments? What can I do about them?  How can I learn from them?

Resentment is a complex emotion that we may carry with us long after the experience that stimulated it. We may perceive that we’ve been mistreated, and our resentment is often prolonged by the sense that we’re powerless to right the wrong we’ve incurred.

Let’s take a look at a couple examples of resentment:

“My parents won’t let me go to a big party on Saturday night. I’m so  annoyed with them! They’re literally trying to ruin my life and won’t even listen to me!”

“I’m still bitter about my  mother-in-law showing up unannounced last Christmas, and I really don’t want to invite her to the beach house this summer, but I feel pressure to be nice.”

Some psychologists have referred to resentment as a mixture of emotions, but the most common feelings underneath it are fear, anger, disappointment, and shame. So, who’s actually suffering when you hold on to the resentment? Only you! In fact, it’s most likely gnawing away at you and on a loop inside your brain, making your blood boil every time you think of the person or situation you resent.

Let’s look at how we can begin to reframe the  resentments by exploring the two examples above. When we reframe resentment, we can go from stewing in a sense of indignation (but also powerlessness), to experiencing more agency, empowerment, and emotional freedom.

You’re furious at your parents, whom you think are ruining your life by not letting you go to an upcoming party.

You don’t want to invite your pushy mother-in-law to the beach house this summer.

There’s a 12-step adage that says when you harbor resentment toward another person, it’s a lot like drinking poison but waiting for the other person to die. Of course, there are times when being angry with someone’s behavior, especially when it violates your boundaries, is reasonable. However, you are bound to have moments in your life when things don’t go your way; if you continue to stew in resentment well after the fact, you’re effectively giving other people control over your emotions and reactions.

It’s OK to give yourself space to feel hurt, sadness, fear, and anger when you perceive that you’ve been insulted or injured. But also try to run through the reframe framework offered above. Be humble and conscious that, in some cases, you may have played a role in the upset you feel. Instead of letting it snowball in your mind, consider journaling about it, or talking to someone you trust (which doesn’t give you carte blanche to complain about it ad nauseum). Get out your resentment by working out, dancing, or doing something physical with that pent-up energy. And if you need to directly address the person you’re directing resentment toward, do it when you’re calm and have a strong idea of what you want to say. Refrain from blaming or accusing them; focus on what objectively happened, as well as how it made you feel, and make a request—knowing that they have the right to their own feelings and reactions.

Try to hold compassion for yourself—and the other person too, if it’s possible. You don’t necessarily have to forgive them if it feels premature and you’re genuinely not ready—but at the very least, free yourself from the exhausting mental spin cycle of resentment!