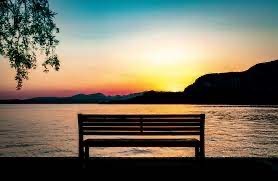 How to Help Young People Who are Struggling with Suicidal Thoughts

Young people are dealing with situations (e.g., gun violence, cyberbullying, and the pandemic) unimaginable to previous generations. Here are some of the risk factors for—and warning signs of—suicidal ideation.

Suicide among adolescents is a topic that many people find uncomfortable, but it’s one that more of us should be thinking about. Because while it may seem to be a distant problem, only prevalent among a small subsection, that couldn’t be further from the truth. In fact, according to the National Alliance on Mental Illness, suicide is the second-leading cause of death in young people ages 15 to 24 in the United States. Almost 20% of high-school students have seriously contemplated suicide, and 9% have attempted it.

While a number of young people who die by suicide, or struggle with suicidal ideation, have an underlying mental-health condition, many of the stressors facing teens today surpass the normal gamut of issues, such as trouble at home, difficulty at school, rejection by peers, lovesickness, and the general pressures of growing up. Today, young people are also facing other stressors, including the uncertainty of life in the wake of a global pandemic; an increase in gun violence and mass shootings (and the prevalence of gun-safety drills at school); and an uptick in cyberbullying, a form of harassment that can feel inescapable to a group of people who spend more time than ever online. All of these factors may contribute to the idea that taking one’s own life is a solution to problems that can feel overwhelming, especially since teenagers’ decision-making capacity is still in formation until the age of 25 or so.

Here are some of the circumstances that can spur suicidal ideation:

Not all young people who are contemplating suicide show it outwardly, which is why we need to be especially thoughtful and observant in how we approach the issue of suicide among adolescents. It’s crucial to note that many adolescents spend a significant amount of time online: on social media, with streaming content, or playing video games. In fact, digital self-harm (posting, sharing, or sending content that depicts harm toward oneself—such as cutting or hitting—and cruel, debasing, or humiliating language toward oneself) is linked with suicidality. Strikingly, young people who have engaged in digital self-harm are five to seven times likelier to consider suicide, and nine to fifteen times likelier to have attempted suicide, than others in the same age group. And while their behavior may be a clear cry for help, it may not neatly dovetail with the face they put forward IRL (in real life).

The following can be warning signs of suicidal ideation:

There are a number of ways to address suicidal ideation with a young person you care about, and whose behaviors may elicit concern. First of all, take it seriously. Don’t be afraid of discussing it with them, and even using the word “suicide.” After the first season of the popular Netflix show 13 Reasons Why, which explores the suicide of a teenage girl and its subsequent impact on the people in her life, controversy accrued around the fear of suicide contagion among young people. Some mental-health professionals feared that the graphic nature of the show could trigger imitations among vulnerable youth. However, the causality between media exposure and suicidal ideation remains weak compared to other psychological risk factors. Moreover, shows like 13 Reasons Why may have helped to catalyze necessary conversations about deeper issues in young people’s lives.

Young people with suicidal ideation need a space to talk through their problems without being dismissed or minimized. If there are discernible signs that a young person you know is considering taking their own life, let them know that they are your priority. There can be a huge amount of shame and stigma in simply asking for help—so don’t wait to be asked. Offer it as soon as you determine it’s necessary. Approach them with compassion and understanding, and offer your support. Rather than discouraging them or diminishing their feelings (with language like, “You think this is a big deal now, but just wait until you’re older and you’ll feel totally different”), be curious and ask lots of questions. Listen more than you talk. If it’s appropriate, share stories about how you or others you know may have found their way out of a distressing situation and discovered meaningful reasons for living.

If you know that a young person in your life is contemplating suicide, ensure that they are surrounded by loving friends and family. Moreover, keep an eye on how they are using social media, which can make high-risk teens more vulnerable to bullying, peer pressure, and compartmentalized images of how “perfect” other teens’ lives are. Be sure to encourage healthy behavior, such as good eating habits, regular sleep, and exercise. If they’re on medication, talk to their doctor to rule out the possibility that their suicidal ideation is a side effect (particularly if they’re on antidepressants).

Suicide among adolescents is a growing public-health issue that we can address through our attention, awareness, and care. If you need support, consult with a therapist or medical professional whose expertise is treating young people who express suicidal thoughts. And if you believe that a teen you love is in imminent danger, call or text 988, for the 988 Suicide & Crisis Lifeline, which is available 24/7. Resources to help you and your loved one are available.